Uzbekistan and China established bilateral relations in 1992 shortly after the fall of the Soviet Union. Since then, the two countries have enjoyed moderate diplomatic engagements. Under former President Islam Karimov, Uzbekistan was isolated from the region because it had developed an insular form of government closed off from the outside world.[i] Nevertheless, Uzbekistan did engage with other countries immediately after independence. In Asia, the “preferred models” were South Korea and Malaysia. Karimov sought countries to seek investors in the Uzbek economy that could serve as appropriate role models for a state-managed increasingly marketized economy. China was still economically developing at the time and did not serve as a viable partner for Karimov’s ambitions for Uzbekistan. This process of opening up has been accelerated by current Uzbek president, Shavkat Mirziyoyev, and his market reforms.

Uzbek-Chinese engagement has grown over the past 30 years. In 2001, Uzbekistan became a founding member of the Shanghai Cooperation Organization (SCO).[ii] In 2005, Uzbekistan and China affirmed their relationship by signing the “China-Uzbek Treaty of Friendship and Cooperation.” The relationship gained further traction in June 2016 when relations were upgraded to a comprehensive strategic partnership. Uzbekistan became a Belt and Road Initiative (BRI) partner in 2015 by signing a Memorandum of Understanding,[iii] and joined China’s Asian International Investment Bank (AIIB) after declaring it important for Uzbekistan’s economic sustainability.[iv] 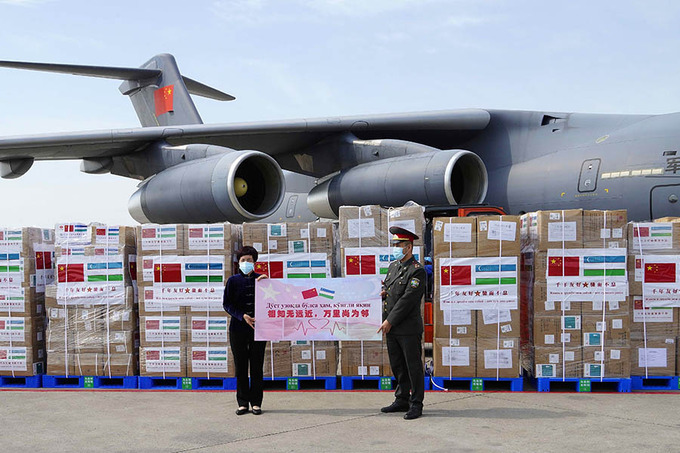 In accordance with his market liberalization reforms, President Mirziyoyev has taken official state trips to China to participate in the One Belt, One Road International Forum and meet with his East Asian and Central Asian counterparts to integrate Uzbekistan with the rest of the Caspian region.[v] Uzbekistan was featured at the China Expo to promote the country as a major player in Chinese foreign policy in its western peripheries, prompting a surge of Chinese investment flooding into Uzbekistan.[vi] By the end of 2020, Uzbekistan registered nearly 1,800 Chinese companies operating within its borders, second only to Russia.[vii]

Despite the absence of a shared border, Uzbekistan is an important transit point for China’s overland trade ambitions because of the country’s proximity to the Caspian Sea and hydrocarbon-rich Turkmenistan.[viii] As a result, Chinese investment flows into Uzbekistan have skyrocketed as both a location of investment and as a transit state for Turkmen gas and other regional trade. In 2019, China made up 26.2 percent of foreign investments in fixed assets in Uzbekistan. Furthermore, more than 1,650 enterprises in Uzbekistan relied on Chinese capital to operate in 2020. This number rivals the 1,820 Uzbek businesses that depend on Russian capital.[ix]

Uzbekistan’s liberalizing economy has created an immense appetite for capital to facilitate small- and medium-sized enterprise growth, and its young population will fill an increasing number of open job positions.[x] There are 15 Chinese Belt and Road (BRI) projects underway in Uzbekistan, worth $3.08 billion. Uzbekistan is situated on the China-Central Asia-West Asia Economic Corridor, which is one of the proposed routes for China’s overland economic BRI tracks, highlighting its desirability for Chinese overland trade ambitions. In May 2017, President Mirziyoyev and President Xi inked 115 deals to pursue bilateral cooperation in energy production, textiles, transportation, agriculture, and hydrocarbon extraction.[xi] The reduction in shipping times from the BRI-led infrastructure projects spanning Uzbekistan are projected to increase Uzbek exports to foreign markets and yield positive results for its domestic economy.[xii]

Bilateral trade between Uzbekistan and China has also increased. In 2019, Uzbek exports to China were valued at $1.91 billion, whereas Chinese exports to Uzbekistan were worth $5.01 billion. While a trade deficit of $4 billion exists in the Uzbek-Chinese trade relationship, it is not as jarring a disparity as the trade balance between Tashkent’s neighbors and Beijing. A majority of the goods exported to China from Uzbekistan comprise petroleum gas and raw cotton. On the other hand, Uzbekistan imports manufactured goods and heavy equipment from China to extract these hydrocarbon resources and facilitate growing cotton.[xiii] This uneven trade relationship is on a par with other Central Asian countries, except Turkmenistan, but is unsustainable for Uzbekistan’s economic future. 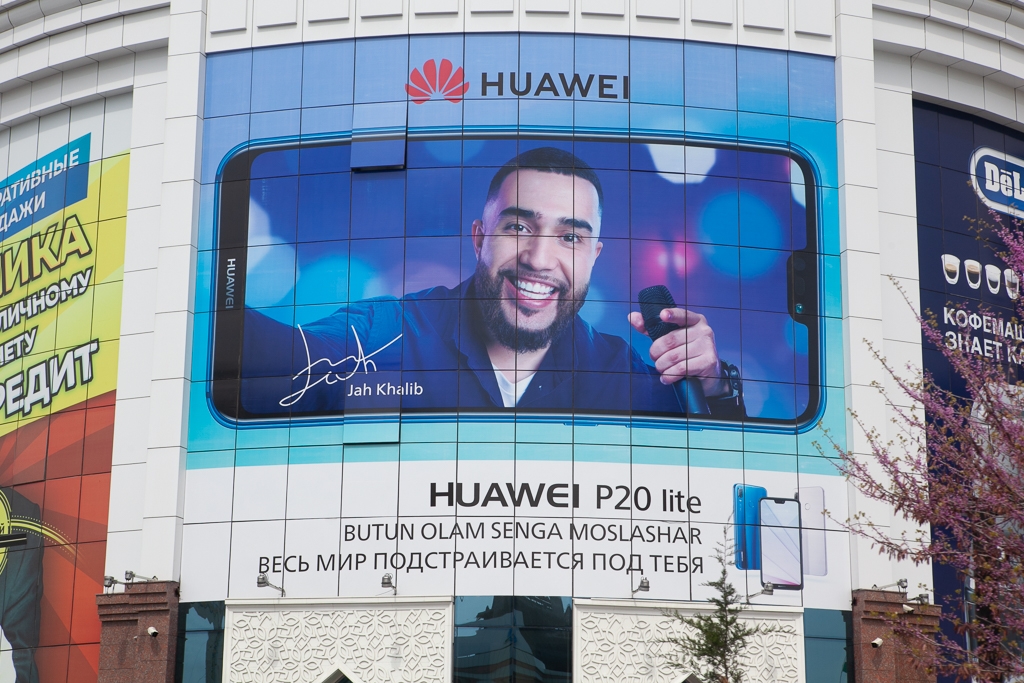 Uzbekistan’s success in attracting Chinese investors to the country is marred by problems in its own business community. Many Chinese investors have expressed frustration that confusing regulations and arbitrary enforcement by regional governments disrupt normal business practices. Moreover, the Uzbek government’s heavy hand in its economy interferes with Chinese investors’ ability to reap benefits.[xiv] Western analysts regard Uzbekistan as incapable of integrating itself with the global economy without adopting true market liberalization reforms that inhibit government interference. This could be an unsettling sign for Chinese investors in the country that rely on fewer environmental and legal barriers in Uzbekistan than those that exist in many Western markets.[xv]

President Mirziyoyev’s market reforms have also liberalized Uzbekistan’s security standing in the region. Uzbekistan has played an active role in the SCO, but its vision often clashes with SCO consensus. Uzbekistan views the ongoing turmoil in Afghanistan as a significant challenge but believes engagement with the Taliban as a pragmatic means to mitigate cross-border problems. This is a noticeable deviation from many of its SCO counterparts, including China and Tajikistan, which have yet to engage formally with the Taliban.[xvi]

Despite disagreements over the role of the SCO in Uzbekistan, Tashkent still hopes to benefit from its security relationship with China. In 2019, the Uzbekistan National Guard and the Chinese People’s Armed Police held a bilateral training exercise designed to identify and eliminate terrorists in a high-stakes situation.[xvii] Beijing is also funding language courses at Uzbekistan’s National Guard’s Military-Technical Institute. The Chinese military, the People’s Liberation Army, has also established educational exchanges with the Uzbek Armed Forces Academy.[xviii] China’s growing footprint on Uzbekistan’s security apparatus enforces its position in the country and the Caspian region as a whole. Uzbekistan’s increasing affinity for Chinese forces and language courses could foreshadow future and larger bilateral training sessions.

Uzbekistan has acquired some Chinese defense equipment due to its improving security relationship with Beijing. Uzbekistan was the first Central Asian country to receive the Chinese-manufactured Wing Loong I military drone. In addition, Tashkent tested its shoulder-fired anti-aircraft missile system from China in 2019.[xix] China’s growing presence in Uzbekistan has resulted in security implications for the Central Asian country as well. As Tashkent continues to strive for market liberalization, China’s security involvement in Uzbekistan could also experience a boost.

While Chinese military presence and cooperative educational programs continue to increase with Uzbekistan, Tashkent still maintains strong security relations with Russia. The two countries held joint military exercises in 2017, which Moscow hopes will leave open the opportunity for Tashkent to rejoin the Collective Security Treaty Organization (CSTO).[xx] The United States provided Uzbekistan with substantial security assistance while it operated its Karshi-Khanabad base to conduct military missions in Afghanistan from Uzbekistan. Since the base closed, Uzbekistan’s security partners have swung towards Russia, and more recently, China.[xxi] 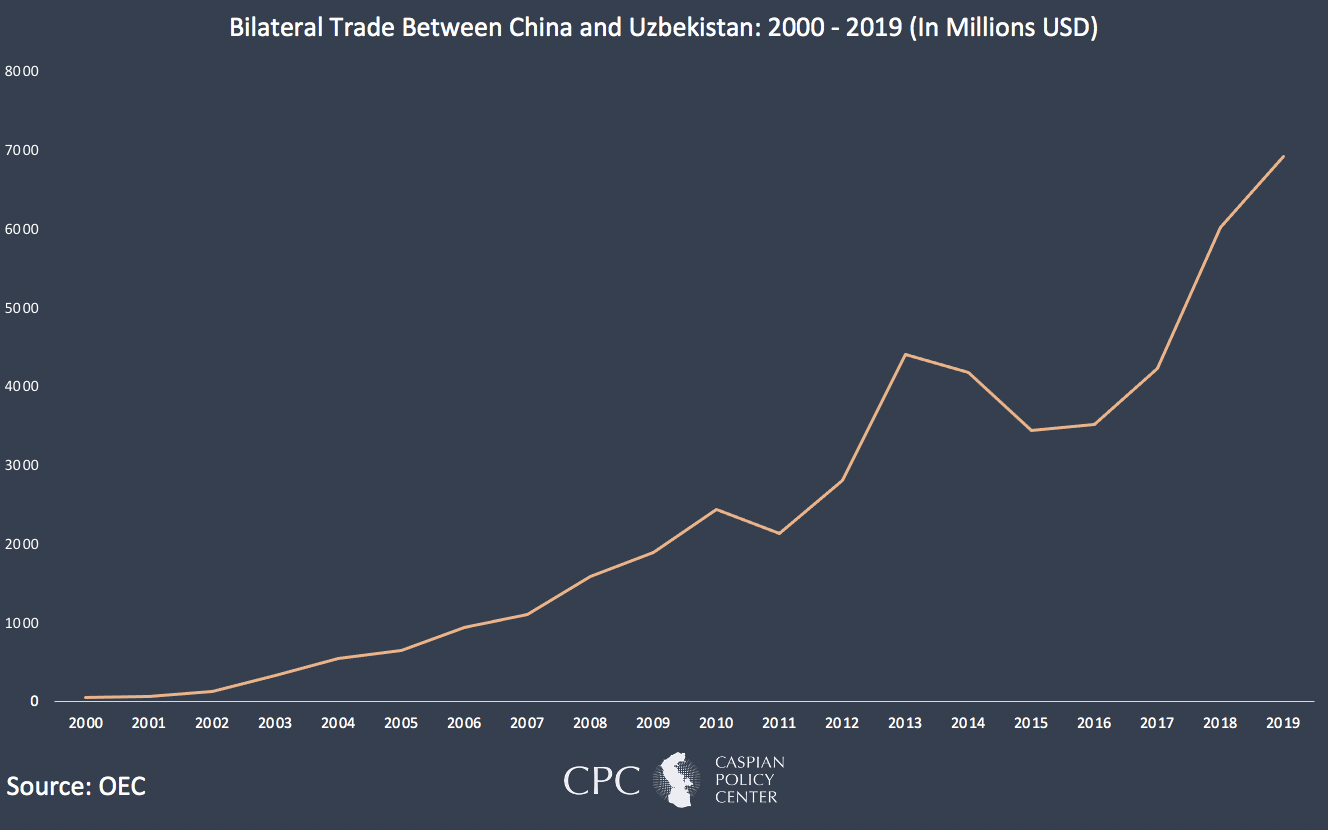 Uzbekistan’s bilateral relationship with China has rapidly developed over the past five years due to the rollout of President Mirziyoyev’s market liberalization reforms. This development has yielded both economic and security implications for Uzbekistan. To mediate the new relationship, Tashkent should standardize its litigation procedures throughout the country. While Uzbekistan provides China with an optimal investment climate, ambiguous regulations and unequal applications of the regulations disrupt Chinese investors. To ensure that Chinese investors and other foreign investors are able to infuse capital into Uzbekistan’s business community, it should prioritize standardizing its regulations and creating a proper mechanism to appeal violations.

In addition, Uzbekistan could demand transparency from China’s Frontier Services Group. Deployment of Chinese security could be embedded in infrastructure contracts signed between Tashkent and Beijing, and thus are inevitable. However, Uzbekistan should ensure that it retains sovereign control of the country and demand transparency from the group. This would ensure that the security forces are bound by Uzbek law and would ease fears of the Uzbek public that China aims to assume control of the country.

Lastly, Tashkent should look to diversify trade and investment relations. As President Mirziyoyev’s market liberalization reforms continue to be felt across the country, it is important that Uzbekistan continues to find additional trade and investment partners. Chinese investment in the country has exploded with the introduction of the BRI. By avoiding dependency on China, Uzbekistan can avoid falling into the same debt and influence traps that many of its Central Asian neighbors have found themselves in.

[i] Pikulicka-Wilczewska, A. (2018, October 14). On the reform path: Uzbekistan opens up after years of isolation. Al Jazeera. https://www.aljazeera.com/features/2018/10/14/on-the-reform-path-uzbekistan-opens-up-after-years-of-isolation.

[xiv] Hashimova, U. (2021, May 25). Official Hints at Challenges for Chinese Businesses in Uzbekistan. The Diplomat. https://thediplomat.com/2021/05/official-hints-at-challenges-for-chinese-businesses-in-uzbekistan/.

[xv] Zakirov, B. (2020, May 21). Can Mirziyoyev’s Reforms Bring About a Real Free Market Economy in Uzbekistan? The Diplomat. https://thediplomat.com/2020/05/can-mirziyoyevs-reforms-bring-about-a-real-free-market-economy-in-uzbekistan/.

[xvi] Pannier, B. (2021, September 23). Uzbekistan Has Good Reasons To Be On Good Terms With The Taliban. Radio Free Europe Radio Liberty. https://www.rferl.org/a/uzbekistan-taliban-business-relations/31474600.html.

[xvii] Hashimova, U. (2019, May 28). Uzbekistan Leans on China for Public Security Cooperation. The Diplomat. https://thediplomat.com/2019/05/uzbekistan-leans-on-china-for-public-security-cooperation/.

The Organization of Turkic States (OTS) held its ninth summit in Samarkand, Uzbekistan, on November 10-11 to provide a platform for multilateral