Bordering China’s Xinjiang Autonomous Region as well as Afghanistan, Tajikistan figures in Beijing’s calculations regarding the security situation to its west. Tajikistan is also important to China’s Belt and Road Initiative. At the same time, Tajikistan, with the lowest per capita income of the states to emerge from the collapse of the Soviet Union, has become highly dependent on China as a source of capital and economic growth – and thus a potential victim of predatory lending practices. Even so, Tajikistan’s domestic economic growth signals real promise for Chinese lenders and businesses hoping to expand operations into the Central Asian country.

Beijing built stronger security ties with Dushanbe by incorporating Tajikistan into the Shanghai Cooperation Organization (SCO) and engaging Tajikistan with talks on regional security.[ii] China and Tajikistan have coordinated military and security efforts in the past and are likely to bolster their collaboration given the Taliban’s takeover of Afghanistan and Dushanbe’s concerns over the treatment of the Tajik minority living there.

Tajikistan is the poorest of the countries that emerged from the Soviet Union and is landlocked and isolated by mountain ranges. Years of civil war and infighting after independence further constrained economic growth. The World Bank puts Tajikistan’s 2020 per capita income at about $860. One result of the country’s economic situation is that about 40 percent of Tajikistan’s GDP is derived from remittances and more than one million Tajik citizens, out of nine million living in the country, travel to Russia each year seeking employment.[iii] Tajikistan’s economic situation, aggravated by global shocks, such as the COVID-19 pandemic, as well as its geostrategic location, have made it a key target of Chinese investment projects. 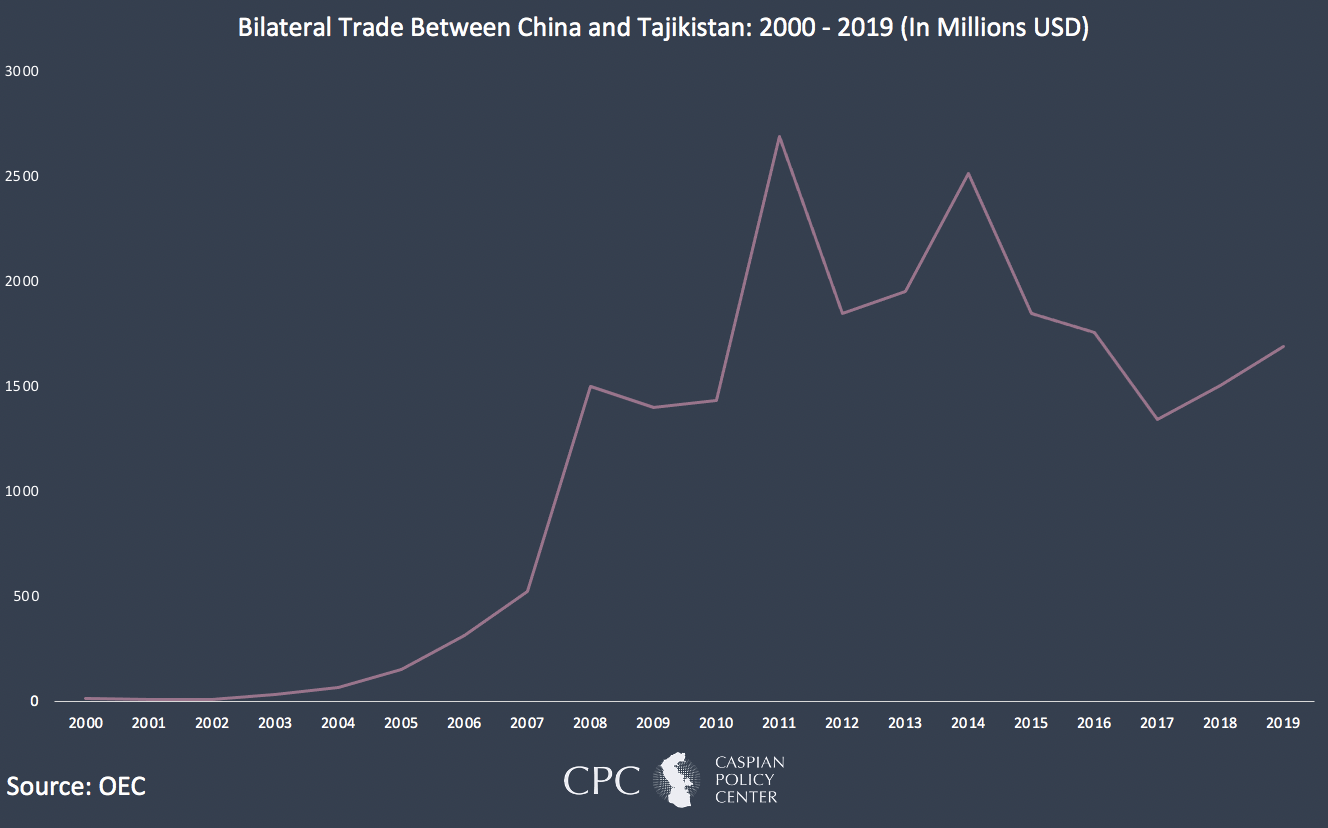 Tajikistan officially joined the Belt and Road Initiative in 2018. Since then, Chinese investors launched four Belt and Road Initiative (BRI) projects in the country, amounting to $320 million. At the same time, Tajikistan has accumulated immense foreign debt. The country now owes about $3.2 billion to foreign entities, of which nearly half is owed to China.[iv] Critics of Chinese lending practices argue that China loans money to countries that will be unable to repay their debt on schedule, thus creating a situation where Chinese parties can seize the assets.  Tajikistan is often cited as a prime example. In 2011, when Tajikistan ceded 447 square miles of its territory to China, it did so in exchange for debt forgiveness as well as to settle a dispute with China.[v]

A decade later, Dushanbe has found itself in another perilous situation that could further fuel detrimental borrowing practices. Tajikistan owes China’s Eximbank $1.12 billion, far surpassing its second largest creditor, the World Bank.[vi] Eximbank of China began lending to Tajikistan in 2007 to construct a 500-kW power transmission line from Dushanbe to the border with Uzbekistan. Despite concerns that Tajikistan might have trouble repaying further obligations and could be falling into a debt trap, borrowing from the Eximbank of China continued through 2020. In 2020, Tajikistan signed five new loan projects worth $459.5 million and announced plans to borrow $562 million more in 2021. Tajikistan’s external debt ceiling rose from 40 percent of GDP to 60 percent in 2018.[vii]

Tajikistan’s strategic location bordering Taliban-controlled Afghanistan and the Wakhan corridor makes it an important component of China’s security on its western frontier. In 2016, China formed the Quadrilateral Cooperation and Coordination Mechanism among Tajikistan, Pakistan, and Afghanistan to facilitate intelligence sharing.[ix] China stations troops along Tajikistan’s shared border with Afghanistan. Unconfirmed reports suggest that China is poised to establish a military base in the country. (The War Zone)

There are also numerous reports suggesting that China has heightened its military presence in Tajikistan. Furthermore, in 2016, Tajikistan and China conducted their first bilateral military exercise, involving 10,000 troops.[x] That same year, China opened the Sitod facility to prevent ethnic Uyghur militants from crossing the border. According to the agreement, China and Tajikistan erected border outposts on the shared Tajikistan-Afghanistan border.[xi] Although China only officially operates one base abroad in Djibouti, it is not unlikely that Tajikistan could be hosting a small force of the Chinese military within its borders at the Sitod facility in Tajikistan’s Gorno-Badakhshan province, overlooking the Wakhan corridor in Afghanistan. The base is situated 18.6 miles away from the China-Tajikistan border and eight miles away from the Tajikistan-Afghanistan border. Reports from the Chinese indicating that about 400 militants with ties to ISIS, Jamaat Ansarullah, and the Turkistan Islamic Movement are operating in Gorno-Badakhshan are used as justification for Chinese presence in the province.[xii]

The return of Taliban control of Afghanistan seems to be raising China’s presence in Tajikistan. China claimed that the Taliban relocated Uyghur militants to the shared Afghanistan-China border in the Wakhan corridor.[xiii] As a result of this intelligence, Chinese soldiers were present in Tajikistan near Afghanistan’s Badakhshan along with troops from Tajikistan, Uzbekistan, and other countries to counter the Turkestan Islamic Movement, which has been designated a terrorist organization by both China and the United Nations.[xiv] In addition, both China and Tajikistan have revamped observation posts and defensive structures along the Tajikistan-Afghanistan border in anticipation of an insurgent attack.[xv]

Tajikistan is an essential focal point for China’s strategy on combatting religious extremism and separatist groups in Central Asia. As members of the SCO, Tajikistan and China are combining their efforts to battle terrorism, separatism, and religious extremism.[xvi] Not only is removing the “three evils,” as they are referred to in the SCO doctrine, important to ease China’s concerns of Tajikistan becoming a hotbed for the Turkistan Islamic Movement, but also ongoing hostilities between Dushanbe and the Taliban could threaten Tajikistan’s role in the BRI. Projects stalled because of extremist groups could deter Chinese investment and other economic engagement in Tajikistan. Clamping down on religious extremist and separatist movements will ensure Chinese investment projects continue in Tajikistan uninterrupted. 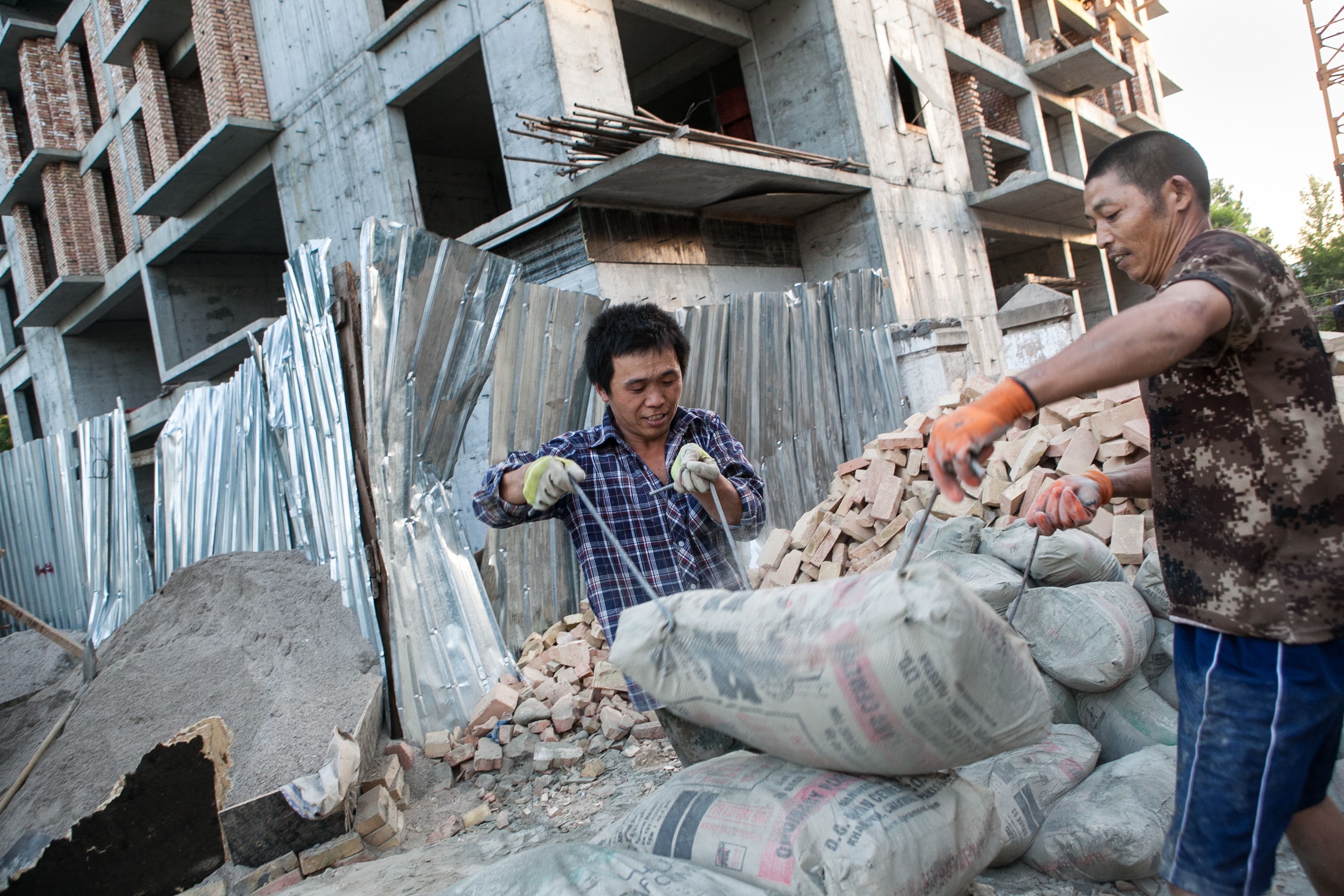 Tajikistan’s geography makes it important for China in terms of general regional security, transit routes, and as host for its military bases. Nevertheless, Dushanbe should look to develop domestic production to offset its trade balance with China. Tajikistan exports copious amounts of cotton, for example, to China and other partners, but it also imports manufactured cotton products from China. Tajikistan should develop its finished cotton-product industry and establish programs to employ local residents. Such steps would allow Tajikistan to begin to offset its trade imbalance with China while also providing needed jobs domestically. In doing so, Tajikistan might aggressively seek the engagement of the United States and other countries that have expressed concerns about reported Chinese predatory debt practices.

Lastly, while difficult because of Tajikistan’s economic situation, Dushanbe should avoid seeking new Chinese-funded projects. Tajikistan already owes China considerable portions of its GDP due to its borrowing practices. Consistently raising its external debt ceiling is unsustainable and will only plunge Tajikistan’s economy into further duress. Tajikistan should seek debt forgiveness from China’s Eximbank and prioritize developing its domestic economy and workforce before borrowing again.

[vi] (2021, February 17). Living in Debt: To Whom and How Much Does Tajikistan Owe? Central Asia Bureau for Analytical Reporting. https://cabar.asia/en/living-in-debt-to-whom-and-how-much-does-tajikistan-owe.

[ix] Blank, S. (2019, April 18). China’s Military Base in Tajikistan: What Does it Mean? The Central Asia-Caucasus Analyst. https://cabar.asia/en/living-in-debt-to-whom-and-how-much-does-tajikistan-owe.

[xiii] Standish, R. (2021, October 14). From A Secret Base in Tajikistan, China’s War On Terror Adjusts To A New Reality. Gandhara. https://gandhara.rferl.org/a/tajikistan-china-war-on-terror-afghan/31509370.html.