WASHINGTON, D.C. - TODAY, the Caspian Policy Center hosted a celebration honoring the 30th anniversary of partnership between the United States and the countries of the Caspian region. The event was held with coordination from the embassies of Azerbaijan, Georgia, Kazakhstan, Kyrgyzstan, Turkey, Turkmenistan, and Uzbekistan in Washington D.C.

The celebration, consisting of two expert panels and a gala dinner, brought together high-level U.S. government officials and officials of Caspian countries, and representatives of the academic, business and think tank communities. The distinguished speakers reflected on the past 30 years of U.S. engagement in the South Caucasus and Central Asia and discussed new opportunities to deepen relations.

Efgan Nifti, CEO of the Caspian Policy Center, opened the event by highlighting the importance of the past 30 years in establishing multiple levels of engagement between the U.S. and Caspian region.

“At CPC we are honored to host all of you here today. We have always prioritized bringing together the Caspian and U.S. policymaking, academic, and business worlds, and this event celebrates the region’s historic cooperation with Washington,” said Mr. Nifti.

Amos Hochstein, Senior Advisor for Energy Security at the U.S. Department of State delivered the first keynote address stating that “the Caspian region should be seen as a place of interconnection between East and West. It should be much more integrated and interconnected than it is today, and it is on us to get it done.”

Laura Lochman, Deputy Assistant Secretary for Energy Diplomacy; Dr. Robert Ichord, Non-Resident Senior Fellow at the Atlantic Council; Robert Scher, Head of International Affairs at BP America; Hisashi Inoue, Senior Representative of the Japan Bank for International Cooperation at the Washington Office; and Samir Karimli, Advisor to the President of SOCAR shared their ideas for future cooperation between the U.S. and Caspian in the energy sector.

“The Caspian region has always played an important role in European energy security. The region is even more important today as the EU works to reduce its dependence on Russian energy.” said Ms. Lochman.

“Water resource management is a key area to focus on. Climate change is having an enormous impact on that system,” said Dr. Ichord.

“Public-private cooperation is key to all that we have created in the United States and in the Caspian region,” said Mr. Scher.

“We need to have a diversification of energy resources in North-East Asia and we look toward the Caspian region for it,” said Mr. Inoue.

“The Southern Gas Corridor provides both supply and route diversification for Europe and contributes to the energy security of the EU,” said Mr. Karimli.

Experts on the second panel, moderated by Ambassador (ret.) Allan Mustard, senior fellow at the Caspian Policy Center, included officials from the U.S. and Caspian governments as well as members of the business community. They discussed the shared challenges of climate conscious agriculture and rising food commodity prices.

“Capital investment and trans-border cooperation will be important parts of the peace deal between Azerbaijan and Armenia,” said Mr. Majidov.

“We appreciate the recognition of American businesses that can help with development in agriculture, health, and security. Business brings a degree of novelty to a sector that is traditionally conservative,” said Ms. Son.

“Food security is national security. We should try to refrain from unjustified export restrictions because it tightens markets for everyone else. Governments should shift to local staples and lower barriers to imports by lowering import tariffs,” said Mr. Trupo.

At the gala, ambassadors from the Caspian countries and U.S. government officials spoke about the important relationship between the U.S. and the Caspian and how to enhance this strategic partnership.

“Throughout this journey USAID will stand by Central Asia as it continues to formulate its own destiny. The United States will continue to support the region’s connectivity and prosperity,” said Ms. Kaur.

When discussing the importance of trans-Caspian connectivity Ambassador Ibrahim noted that “today American companies use the Baku-Tbilisi-Kars railway.”

“The United States has been a valuable partner, and we stand strongly with our western partners standing against Russian aggression,” said Deputy Chief of Mission Tsikolia.

“We shouldn’t be limiting ourself to the current active issues but think of the decades to come. And Kazakhstan is open to opening the C5+1 format to new dimensions like women’s economic empowerment,” said Ambassador Ashikbayev.

“After the economic setbacks of the pandemic and the conflict in Ukraine, further integration into regional and global economic system is essential,” said Ambassador Amanbaev.

“In the early days of independence, the United States provided support in many areas. It continues to do so. The US was a key country who supported us in getting neutral status,” said Ambassador Orazov.

“We are at a pivotal moment in the 21st century. This century and the days we are living through are difficult. The longer the war goes on, there more devastating impacts there will be. Mitigating the short- and long-term effects of the war in Ukraine will require one major thing - more cooperation, coordination, and dialogue” said Ambassador Mercan.

“We look forward to continuing success in collaboration with the US in areas like improving education, security, healthcare, and mitigating environmental challenges,” said Ambassador Vakhabov.

Mr. Nifti closed the event by thanking the esteemed panelists and guests for their work in furthering positive U.S.-Caspian relations and emphasized that through this partnership the United States and countries of the Caspian are ready to face the challenges of the future. 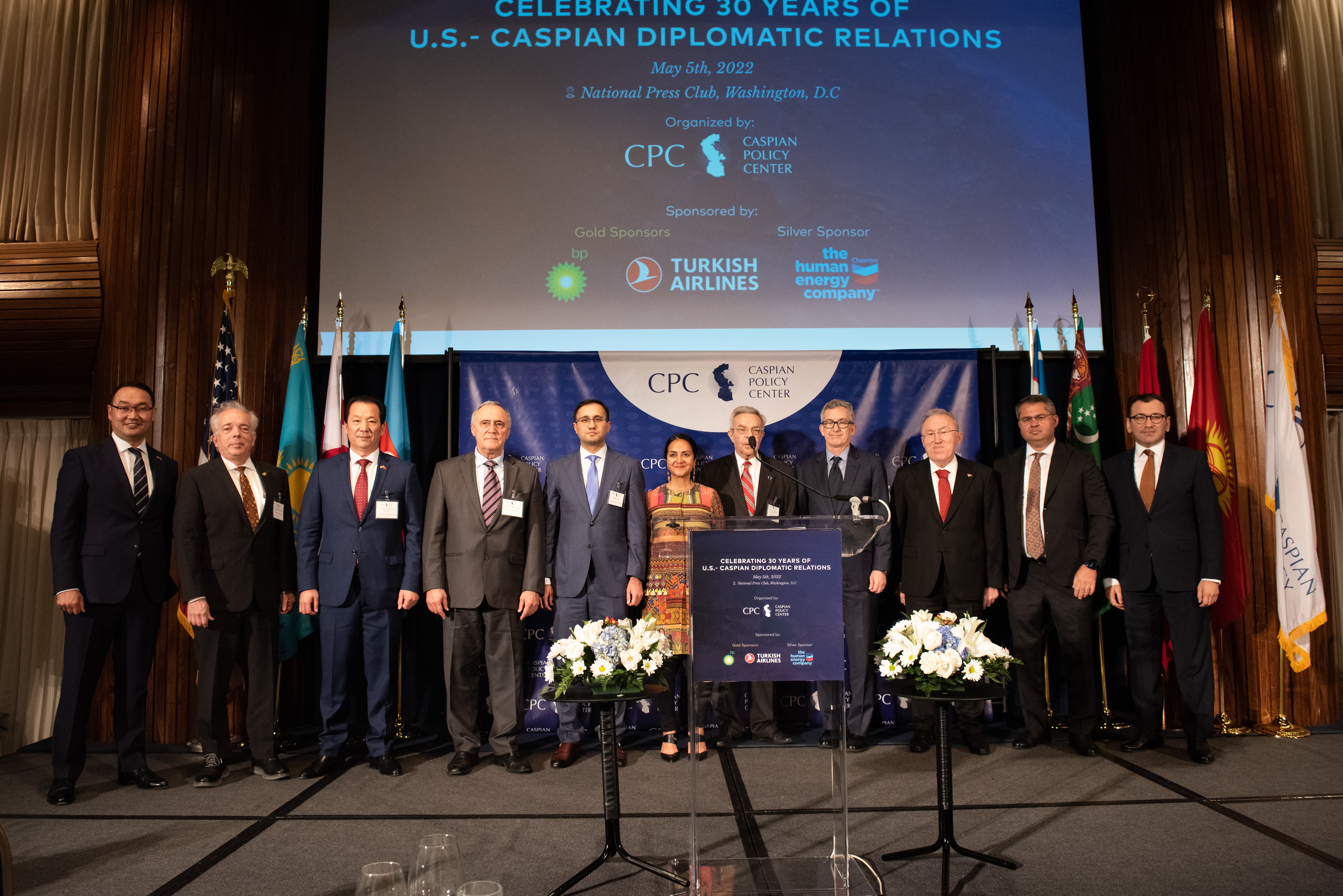 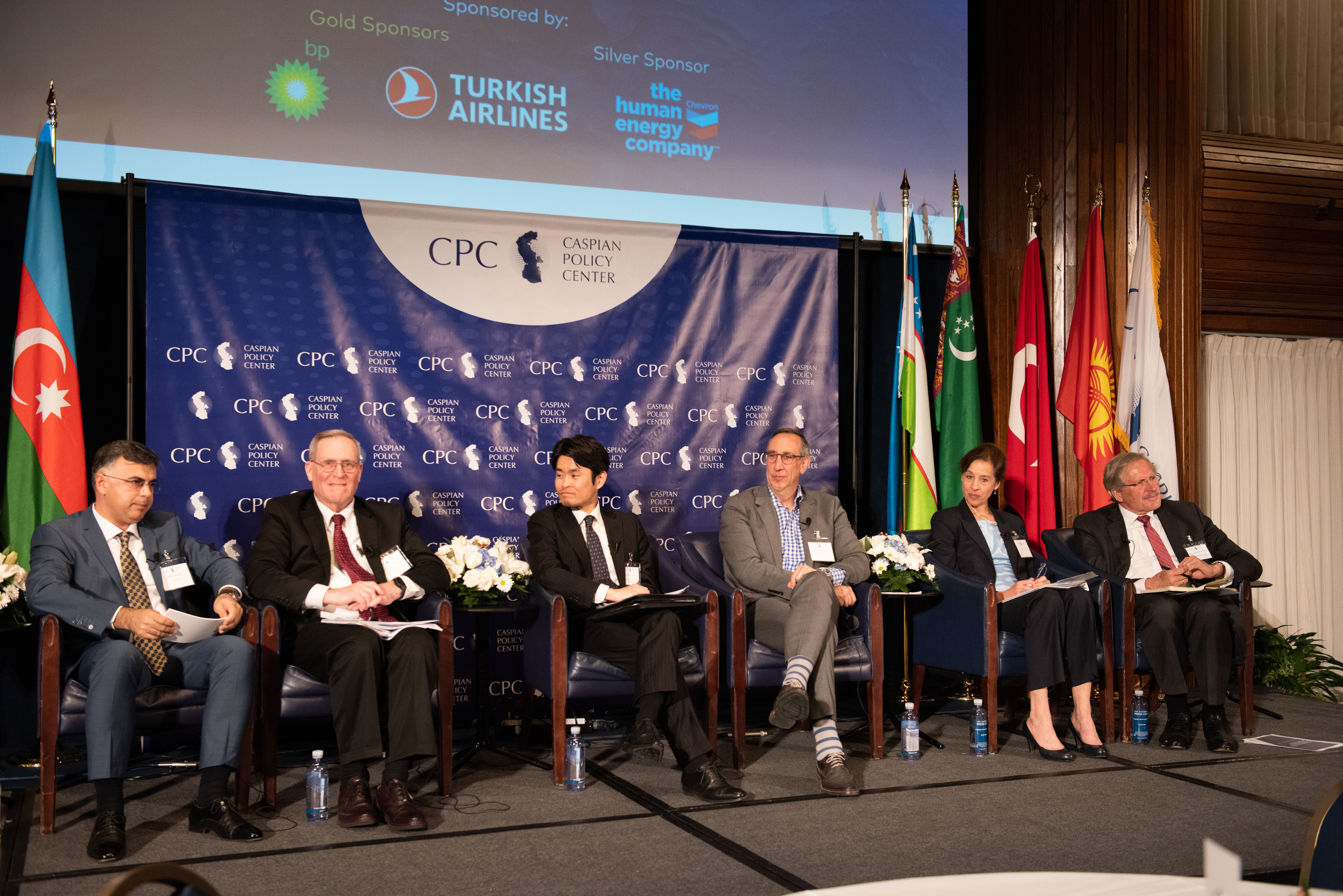 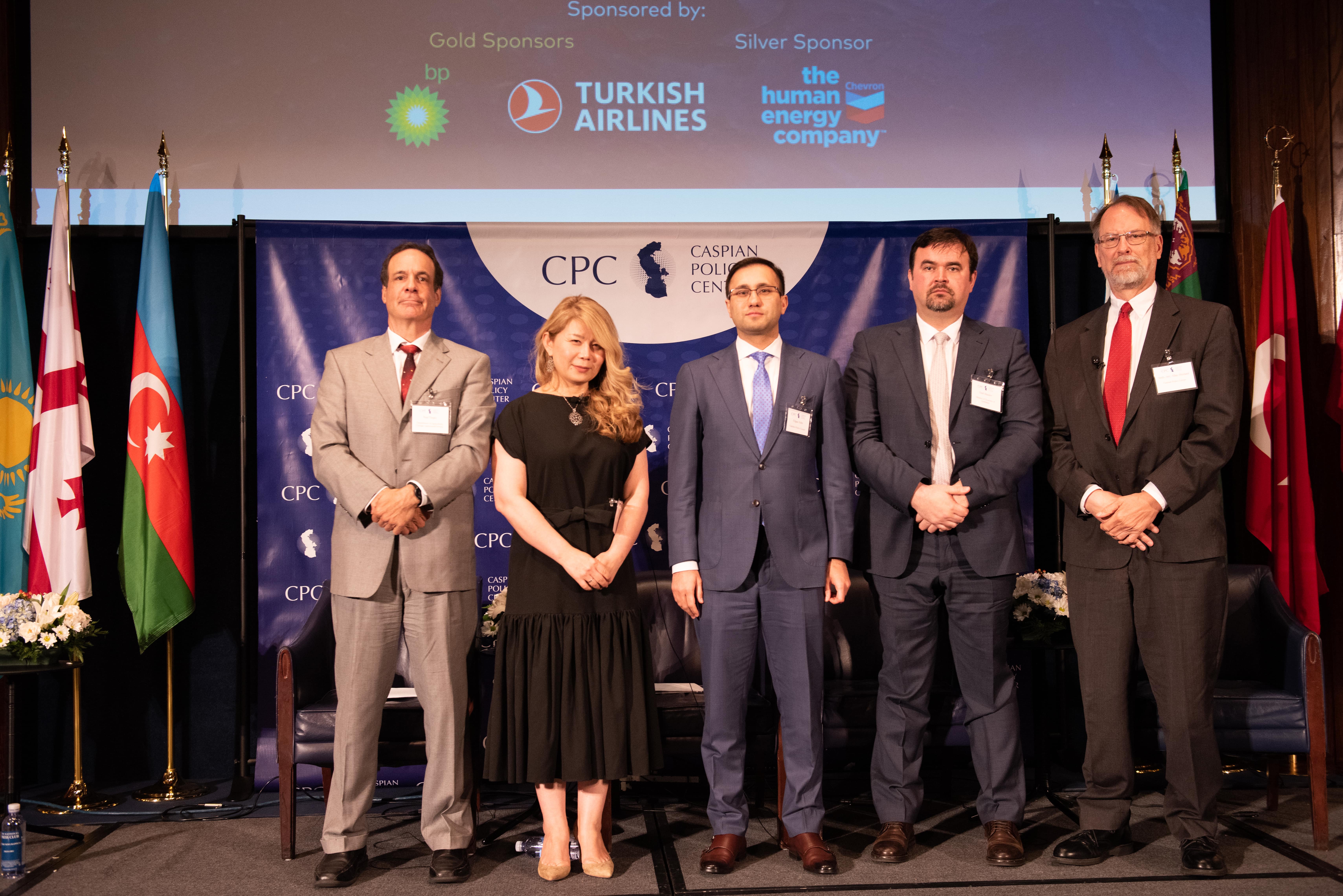 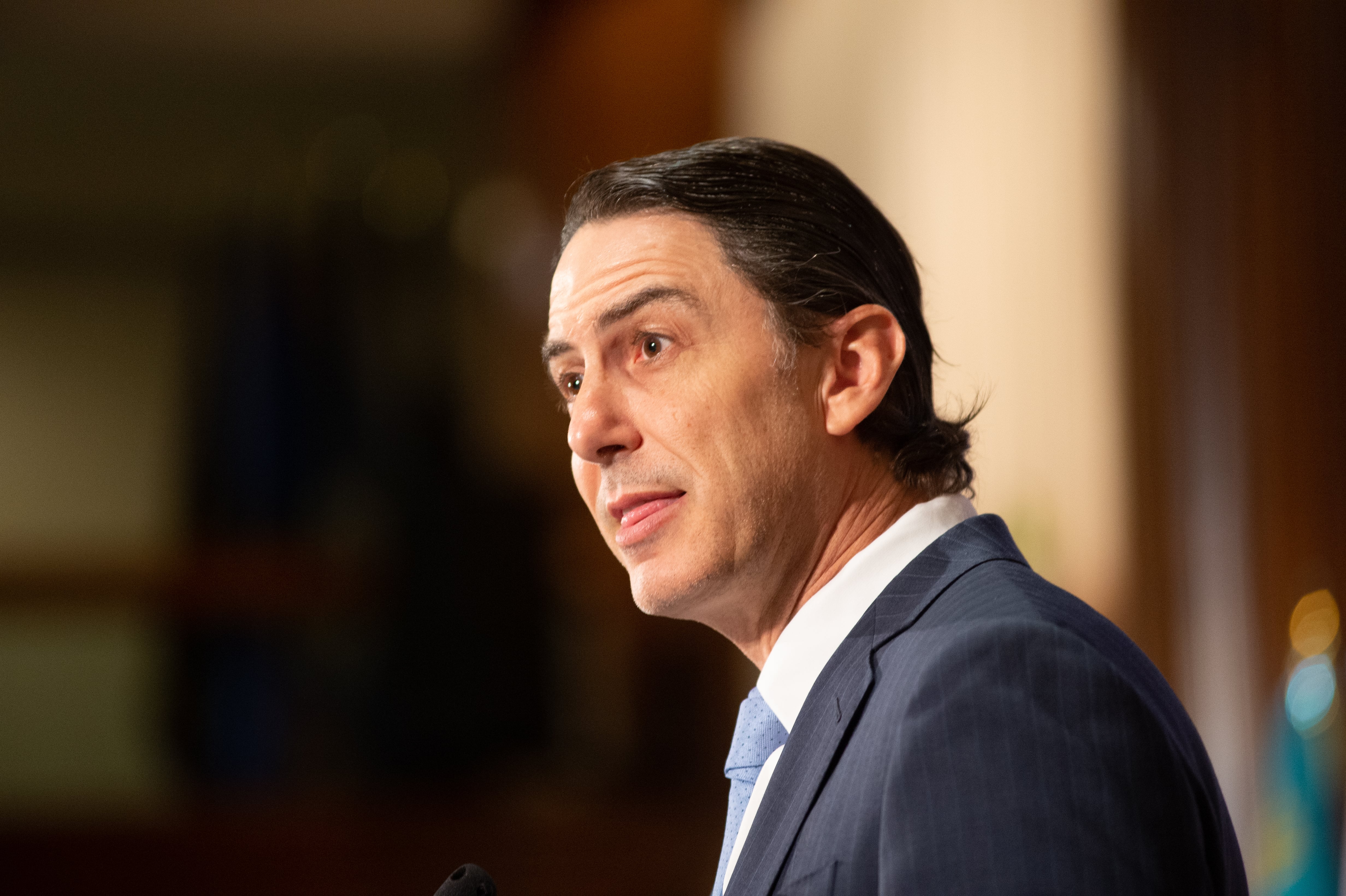 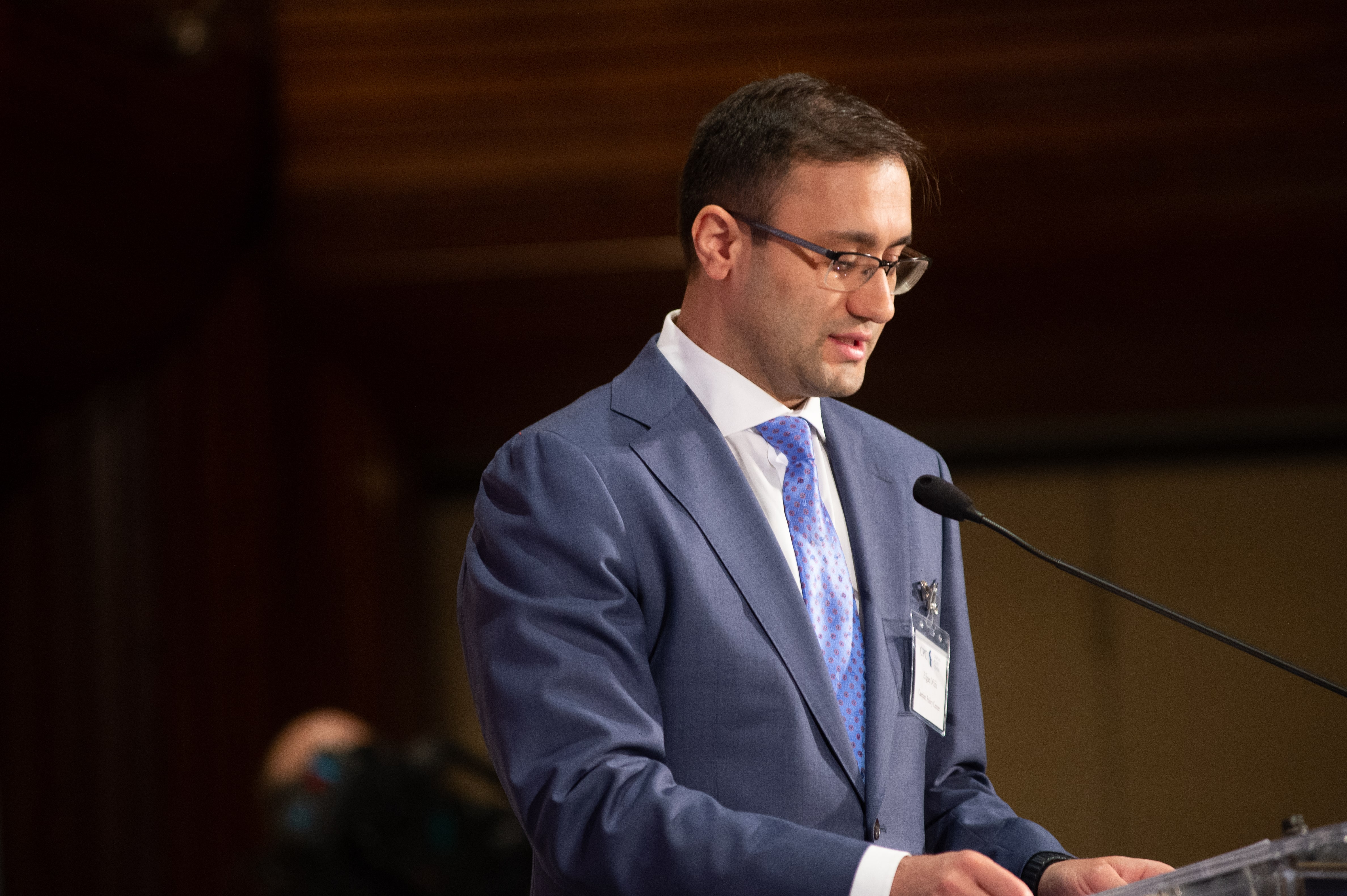 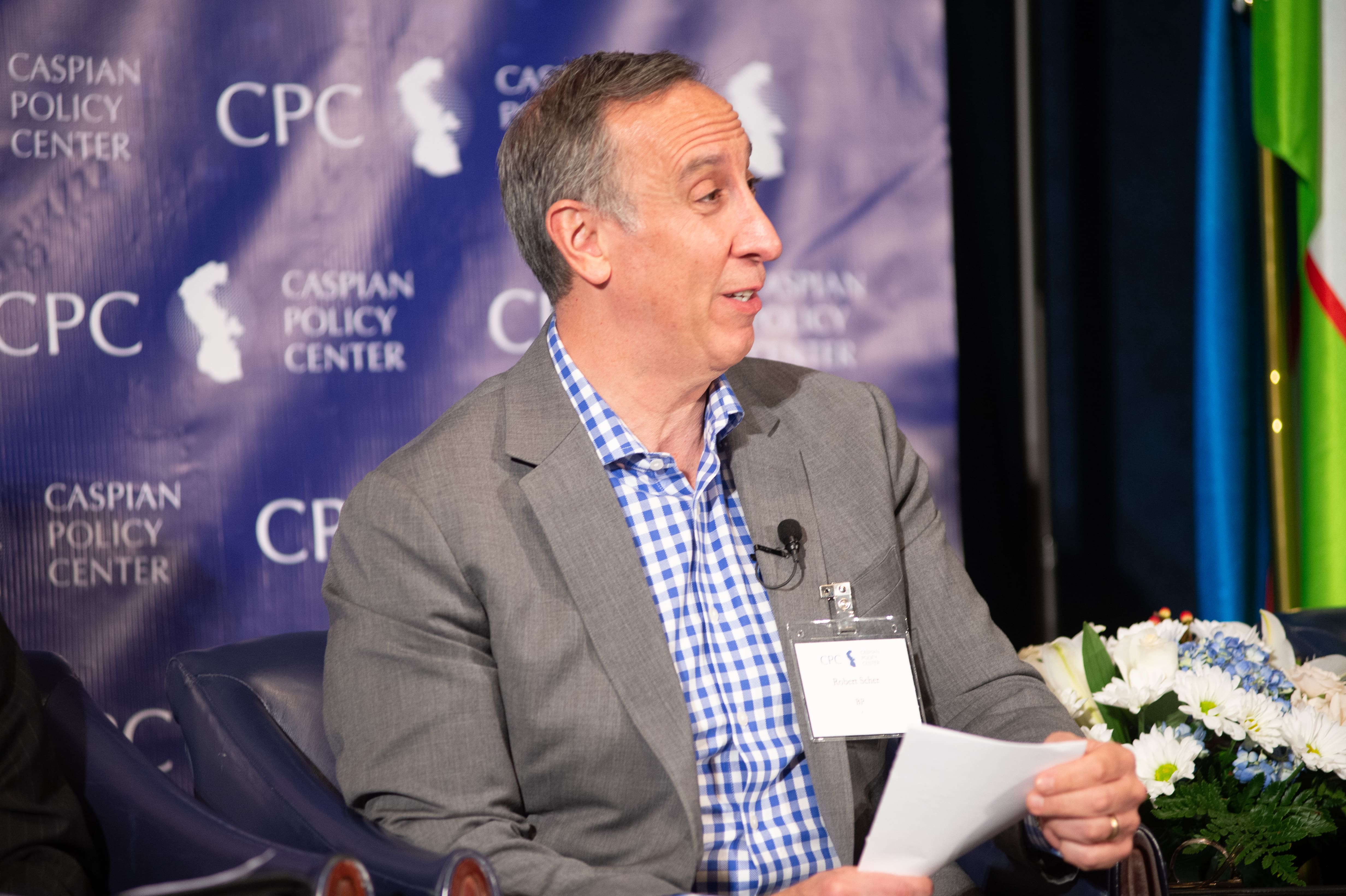 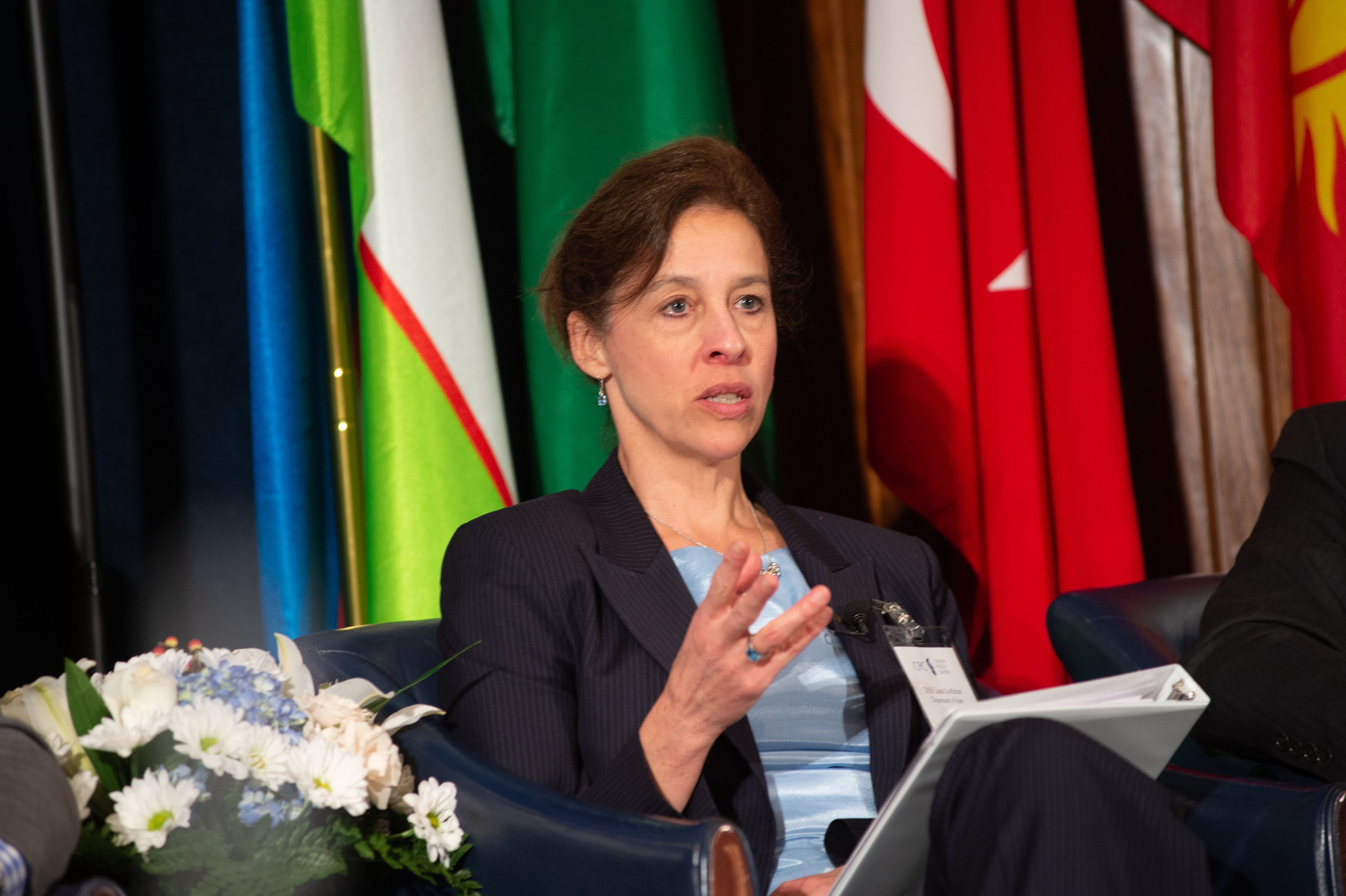 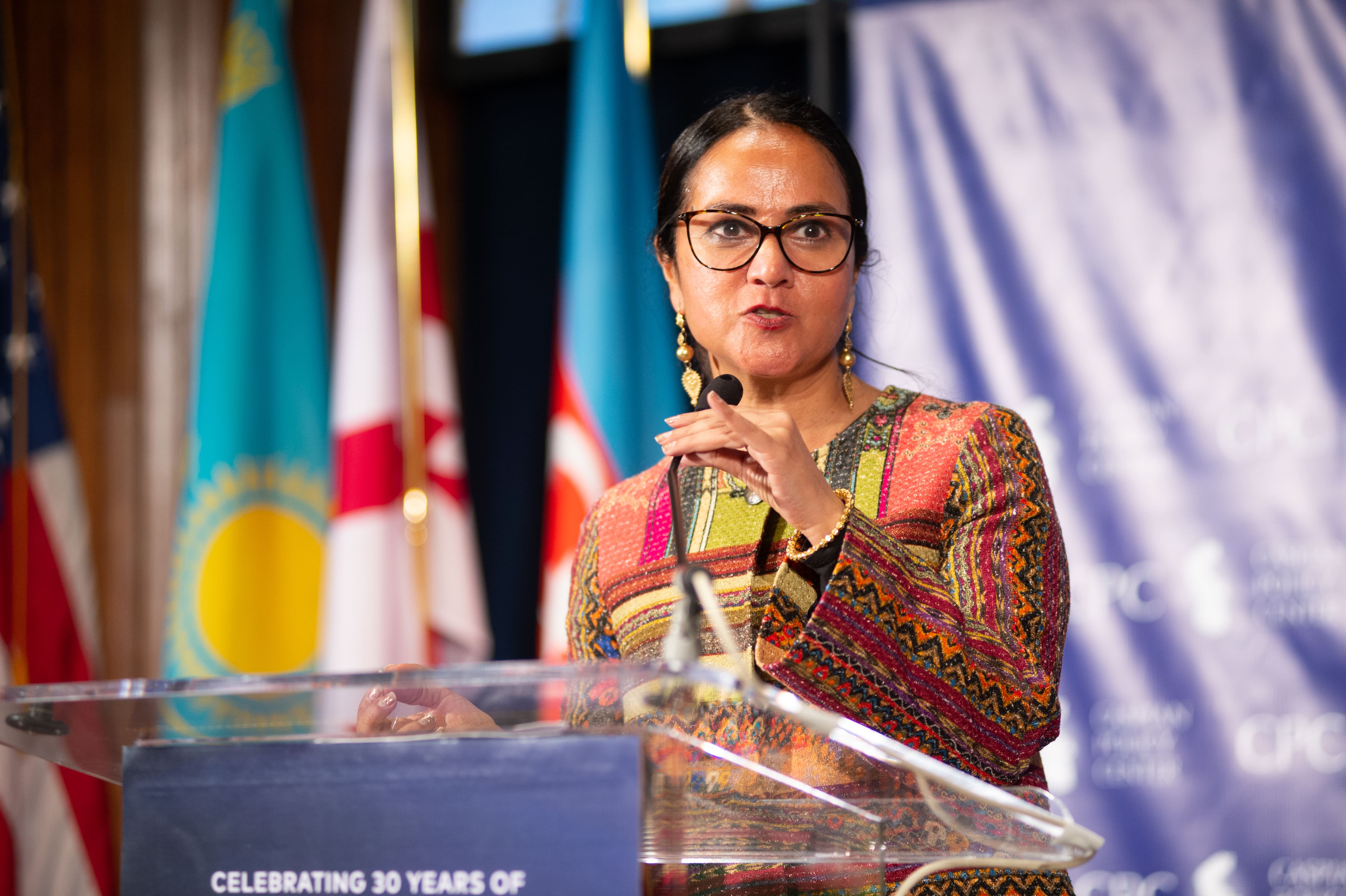