Economic Forecast for the Caspian Region

Economic Forecast for the Caspian Region
PAST
10:00 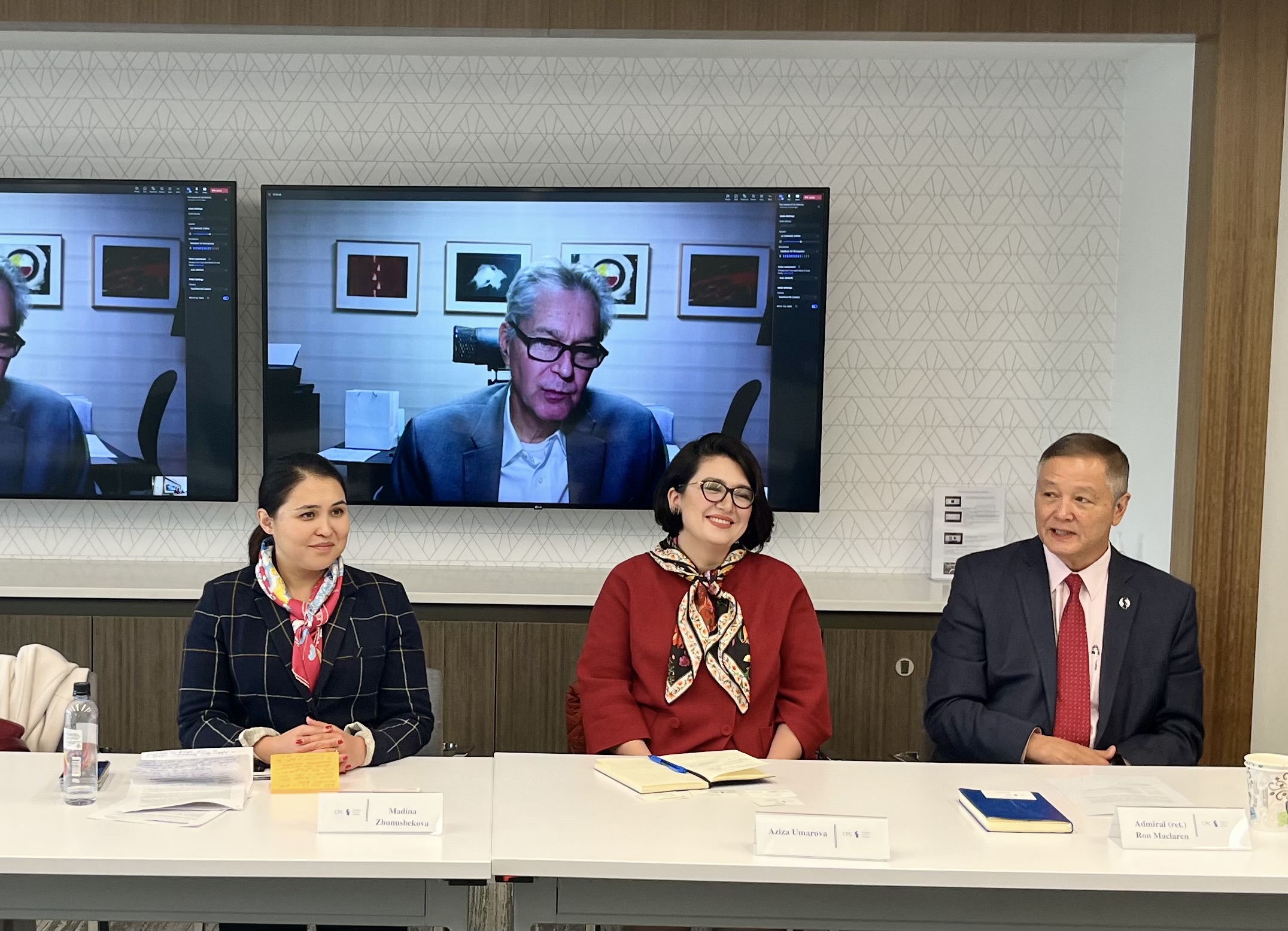 Washington, DC- Thursday, November 8, the Caspian Policy Center (CPC) hosted a panel of experts to discuss upcoming economic opportunities and challenges in the Caspian region. Renewable energy, transit routes, regional connectivity, investment potential, Russian migrants, the digital economy, and privatization were amongst the many topics covered at this event.

Admiral (ret.) Ron Maclaren opened the event with welcome remarks, highlighting the potential economic opportunities that have emerged since Russia invaded Ukraine earlier this year, shifting the global paradigm. He posed the question on how the Caspian region can forward its economic prospects.

And, “in terms of economic growth outlook for 2023, the growth expectations are still high, despite uncertainties,” she added.

Aziza Umarova, a visiting fellow at Harvard University’s Davis Center, responded to Admiral Maclaren’s question by adding that there is great untapped potential in several Central Asian markets. To see drastic economic improvement, the United States only needs to shift 3% of its textile imports “from the Chinese textile industry to Central Asia.” Although a small percent, this shift “would be enough to make substantial change in the region.”

The discussion also covered Central Asian energy security, which has been a major point of interest from Western companies since the war in Ukraine began earlier this year.

Umarova stated that, “prior to the Ukraine War, it was nearly impossible to get to the gas market in Uzbekistan, due to large presence of Russian gas servicing companies. After the war, there are more opportunities for foreign companies in Uzbekistan’s gas sector.”

Richard Spooner, manager of government relations of Valmont Industries, added that to provide a quick surge in economic growth in the region “oil and gas infrastructure can be re-tooled to transfer green hydrogen.” As solar, wind, and nuclear energy have increasingly become more attractive in the energy field, there is great potential for the countries of the Caspian region to gain a foothold in this growing industry.

However, he added that there are some challenges which need to be addressed: “Only if the big global energy companies get involved, the Trans-Caspian pipeline would get built.” The potential of the Middle Corridor transit route can only be reached if proper investment is first allocated.

Overall, the speakers agreed that changing global dynamics have added to the region's investment attractiveness. However, regional connectivity needs to continue developing for investment projects to become more practical.